Conscious Uncoupling May Work for Gwyneth Paltrow, but Could It Work for the Rest of Us? 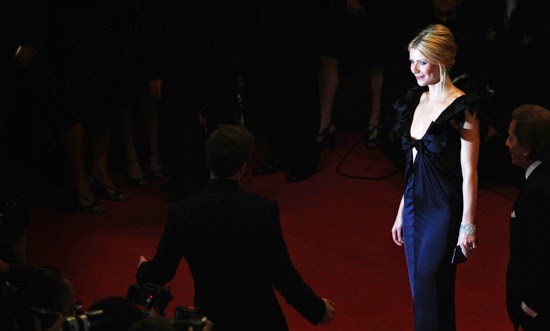 Now that Beyoncé is allegedly heading down the path to divorce, she is calling on reported close friend Gwyneth Paltrow to help her navigate life's next chapter. Recently, Paltrow has received a lot of  attention promoting the theory of conscious uncoupling in her own split with Coldplay frontman Chris Martin. So, many of us are wondering just what the concept is and can it possibly work in the real world. Personally, I think it's a cop out.

Apparently, conscious uncoupling is not a novel idea—it's an established concept in New Age circles. The Wall Street Journal looked at the origin of the term and pinpointed its modern coinage to 2009. However, for most of us, we first heard about it this year in regards to Paltrow's separation. From a blog post on her site, goop, we learned just what she means.

The conscious uncoupling post actually has two distinct parts. In the first, penned by the actress, she states her decision to "consciously uncouple and coparent." The second part is an article attributed to Doctors Sadeghi and Sami. It's there that we find this definition:


"A conscious uncoupling is the ability to understand that every irritation and argument was a signal to look inside ourselves and identify a negative internal object that needed healing."


Huh? To learn more about the concept, I looked at other ideas that the article promotes. Examples include:

The human animal versus the modern thinker
From these tidbits, conscious uncoupling is like the no-fault divorce taken to a new level. This deflection-of-blame theory seems to absolve everyone involved. Instead of failures of one or both, the demise of a relationship is seen as natural and, in fact, positive. And, there's no need for couple's counseling. Conscious uncoupling is something that each individual has to work on by themselves, rather than as a unit.

Does this make sense? Should most of us throw in the towel after 10-15 years, shrug off a divorce and shake our heads at the outliers who celebrate their 50th anniversary? While it's true that modern humans live longer than our ancestors, we don't seem to apply the odd logic promoted by conscious uncoupling when it comes to other relationships. It would  be frowned upon if we ditched our octogenarian parents simply because our 1st century relatives wouldn't have been able to hang out with them for so long. And who would promote ignoring your kids after a few decades because history shows us that, statistically, we shouldn't be able to communicate with them for so many years?

The idea of saying something has to be because it used to be leads us down a path few would follow. For example, for most of recorded history, women started bearing children in their early-to-mid teens. Since biology says that we can have babies at an early age, why are we fighting it with birth control, abstinence and education? Where's the conscious teen pregnancy crowd? It doesn't exist, because it doesn't make sense. Every day, people choose to act differently than they did long ago, and that is a good thing. We go against natural impulses all the time—that's part of being a member of a (largely) civilized, thinking species.


Why not focus on the couple or the family?
The concept of conscious uncoupling sounds a lot like self absorption. I would argue that it's important to not only work on yourself, but to put effort into how you connect and cooperate as a couple. Problems will undoubtedly emerge, but they should be seen as an opportunity to come together as you work through difficulties, not as a motivation to drift apart.

And what about a couple with children? When kids are involved in a conscious uncoupling, what is the message the parents are sending? It must be extremely confusing for a child to grasp the contradictory ideas that their parents love each other but are unwilling to work things out to keep the family intact. Of course, some families have to break up, but evidence strongly suggests that children are better off in two-parent, stable and loving homes. Conscious uncouplers seem to profess plenty of love, but apparently not enough to work things out for the benefit of their offspring. 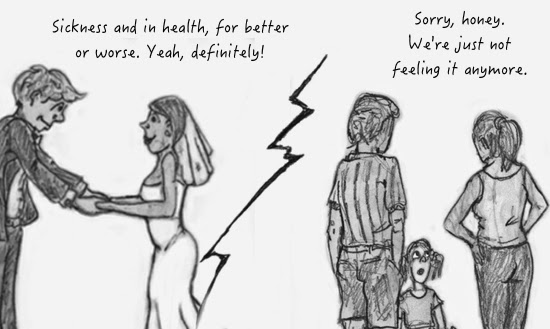 Whitewashing a failure
How does the blameless approach of conscious uncoupling deal with the issues of wrongdoing and cheating? I find it hard to believe that any person with some level of self respect who has been cheated upon is willing to embrace this New Age approach. Is it even healthy to condone such poor behavior? Often in a divorce, people behave badly before, during and after. Pretending those actions have no impact or consequences seems naive and counterproductive (see this post on forgiveness).

At the heart of why I think conscious uncoupling doesn't make sense is that it really is an attempt to whitewash the failure of a marriage. Instead of pretending that this demise is beyond our control and dictated by nature, why not acknowledge that sometimes we lose for good and bad reasons? As a former Forbes reporter, I know that business executives learn most from the failures they experience. So, if we remove that element from former relationships, how do we derive the lessons that will allow us to have a closer bond the next time around?

Divorce is a negative event. Even if it's amicable, it's tumultuous, especially for kids, who are soon packing bags as they are shuttled from house to house in order to follow a byzantine schedule that is often dictated to them.

However, divorce does provide an opportunity to take stock, to learn valuable lessons and to turn its aftermath into a more positive and optimistic period. By facing up to the reality of the dissolution of a marriage, we can once again thrive—perhaps more than ever.