The value of forgivness after divorce 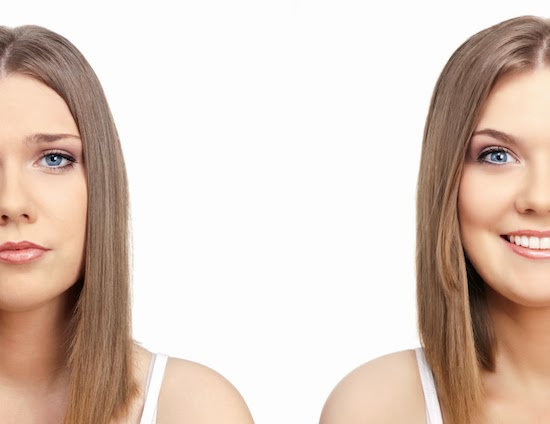 We can all agree that thriving post-divorce is our common goal, but does happiness, self confidence and success demand that we forgive the ex who ended our marriage and split up our family? The issue of forgiveness has come up numerous times in the comments on this site, and some seem to believe that either one is bitter and trapped in the past, negatively affecting oneself and the children, or a person has forgiven their ex and moved on to brighter days. My view? This either-or proposition is false.

I am happy, healthy and thriving, yet I feel no need to forgive my ex. Clearly, though, I am not on the same page with everyone. After much thought, I think the root cause for the differing opinions on the topic is based on both personal circumstance/beliefs and the ambiguity of the act itself. The former is, by definition, personal and for each of us to know. The latter, though is something we can examine together.

What does it mean to forgive? Here are some definitions of the the term:
While these muddled definitions do not clarify the matter (what is the actual act? what are you saying/implying to the other party?), proponents of forgiveness cloud the issue further. For example, a common refrain of those promoting forgiveness is, "Forgive but don't forget." That seems a contradictory stance. If you do not forget, are you truly forgiving, or are you just mouthing the words without really embracing the concept? A forgiver who does not forget seems to want it both ways.

What I realized from this research is that most of us do not think about forgiveness in the way it is defined above (with the emphasis on letting go of anger). If that were the definition, then everyone could agree that forgiving is a vital step for all. Instead, we think it involves some form of pardon or acceptance. For example, pretend you had a fight with your best friend. She says, "I forgive you." Do you think that she means, "I let go of my anger and resentment to you?" Or, more likely, do you think she is saying, "What you did was wrong, but let's put it behind us, move on and continue to be friends." In this second meaning, there is an implied action taking place: a condoning, overlooking, accepting or simply ignoring of what happened in the interest of remaining in a relationship or simply feeling better. This act is where I take issue with the need to forgive.

If one is happy, what is the benefit of forgiving? Anger and resentment do not rule your life or impact those around you. You are enjoying life to the fullest, concentrating on kids, friends and family (not your ex). There is no depression or anxiety. Further, since you are at peace, you do not feel compelled to act by a religious belief. In short, things are great. So, why do anything different? In this case, forgiving seems not only unnecessary, but also counterproductive. Let me explain.

Assuming you are thriving, here are two reasons not to forgive an ex, and both revolve around parenting (think "best interest of the children"). First, you want to be a good example for your children. Just because you have gotten divorced, you can still maintain your morals. You teach each of your kids not to be a doormat. They should be confident and stand up for themselves. So, what lesson do they learn if mom says she has forgiven dad, even after the family has been split apart? Is rewarding that type of behavior with a pardon a good thing? It is certainly not a course of action we would normally recommend, say for a child with a bully issue.

This leads to the second point. While the odds are poor that more than half our kids will have long-term marriages, we want all of them to avoid a similar fate if possible. That desire leads us to analyze and guide our kids on how to do better, while using our history as one source of inspiration. In my case, for example, that means advising people to constantly check in with a partner—really ask and listen—no matter how good things seem. In this light, the negative experience has a benefit. It becomes a teachable moment—a way to learn from history so as to avoid repeating it.

Forgiveness comes from within and cannot be forced. If you feel compelled to do it, then that course of action is right for you, whether your motivation is to find peace because your religion says to or because you think it is in the best interest of your kids. But if you do not need to and are thriving, do not feel guilty or accept the admonishments of forgiveness proponents.

"Don't say you forgive someone when you don't," says  Psychology Today author Deborah Schurman-Kauflin, Ph.D. "It won't make you feel better, and it won't make your life easier. On the contrary, it is not about making your life easier when someone asks you to forgive. The purpose behind the question of forgiving is to make the person asking the question feel better."

I am happy and at peace.  I do not dwell on what happened in my marriage, but I do have opinions on right and wrong and can offer lessons from experience without the need to get angry or bash my ex. My past is a guide, not a prison. For me, forgiveness is unnecessary. How about you? Do you feel the need to forgive? Have you done it? Or do you feel the way I do?