6 Surprises of Being Divorced 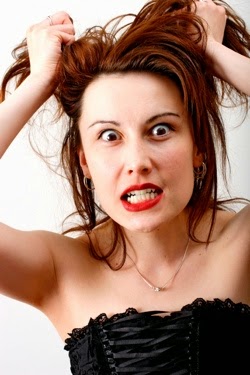 Marriages fail every day, but people do not really know what to expect when it happens to them. Stories you may have heard from friends or relatives and divorce portrayals in books and movies do not tell the whole story. Looking back, the first year of my divorce would have been much smoother if I had real knowledge of what goes on. So, while everyone has a different experience, I thought I might list a few of the surprises I dealt with in hopes of improving  your situation.

1. The legal aspects of divorce are never ending.
Initially, priority No. 1 is selecting a competent divorce attorney who is tough but fair. I know this sounds like a challenge, but really he or she is out there. It is important to set up an appointment with any lawyer you would consider hiring as well as the sharks you would like your ex not to be able to use. As long as you meet with a specific attorney, that individual becomes off limits to your soon-to-be former spouse. The nasty surprise is that once you select representation, you will probably find that person on your payroll for months if not years to come, even after your divorce is final. Nearly four months after becoming divorced and over three years since my separation, I still receive a monthly bill from mine. Too bad she knows where I live!

2. Being divorced is not as weird as I thought.
Before it happened to me, I always thought I had no affinity with divorced people. Once I started on this path, however, I realized that this state of affairs was just a new version of normal. It certainly helps that I did not have an affair or take any actions during my marriage that would make me feel ashamed, so my morals are intact. In addition, divorce has become so commonplace that it no longer seems indicative that there is something wrong with those who fall into this category. I mean, can you really say that 50% of married people are a mess? It it is not even a minority group at this point. In fact, I feel more confident because I have picked myself up after overcoming a devastating blow and now possess a better sense of what I am pursuing in a relationship because I have seen one actually explode.

3. There are fish left in the sea.
Dating after divorce is, of course, very consuming. We have heard repeatedly that all the best ones have been taken, but once you get back to dating, you quickly realize that lots of good people are divorced and still looking to find that special someone. Just because you have suffered a split does not mean that you cannot try again. The Centers for Disease Control and Prevention estimate that 75% of women and 80% of men who have undergone a failed first marriage will remarry, usually within five years. Although second marriages do fail at a high rate, people are still willing to put themselves out there, so if you are looking to meet someone, chances are, you will. The success of online dating makes it even easier. The stigmas have all faded away as people continue to expand their opportunities to find a great relationship.

4. Getting his name off of your bills is a pain in the you know what.
I am continually amazed at how difficult it is to remove my ex from some of my bills, especially my gas bill. It is shocking that divorce has become such a fixture in society, but changing the name on my cable account is such a challenge. There should be more systems for dealing with this new state of affairs. The forms should be easy and take little time, but currently you wish you could hire a personal secretary to reach out to every service you pay for and collect the necessary documents to make this adjustment. Now, I have to produce my divorce decree to alter certain bills I have. Doesn't that seem excessive? I often feel I would like to return to my maiden name, but I really like having the same last name as my children. Regardless, I cannot even imagine getting the paperwork together to accomplish that daunting task.

5. The courts and fair results are often strangers.
Working your way through the legal system may not make you feel that justice has been done when it comes to your divorce settlement. There are three main areas to settle: Child support, custody and equitable distribution (dividing up the marital assets). Alimony is an additional issue for some, but not all. Child support and equitable distribution tend to be a calculation. The process of legislating a family's time, however, is really a foreign concept. When considering a child's best interest, it is often difficult to rely on a legal document. For instance, a friend of mine has in his divorce decree that his kids will alternate where they spend Christmas each year between his home and his ex wife's. Over time, he realized that his kids really wanted to spend every Christmas morning at home with their mom, so he stopped enforcing the agreement. Instead, he brought them to his house for dinner each year. It is up to parents to understand what their children need and make more flexible arrangements that best suit them as long as these are mutually agreed. If not, you will be stuck with the aging document that you both signed.

6. Despite all the time shared with exes, they quickly become a stranger.
Having been married for more than 20 years, I was surprised by how fast my relationship with my ex deteriorated. Most of my friends have experienced the same thing. Somehow, after spending all that time as a unit, once you go your separate ways, you often do not really meet again. For years, you have felt so close and connected, but once divorce sets in, there is not much to bind the two of you anymore except for the children. While you do meet at kids' events, such as games, plays, bat mitzvahs and graduations, your offspring have a separate relationship with each of you. Some people do manage to remain amicable, but it seems like the exception and not the rule.

Email ThisBlogThis!Share to TwitterShare to FacebookShare to Pinterest
Labels: Aftermath