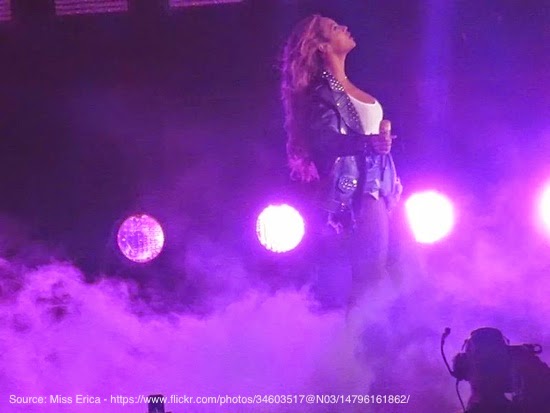 Recent rumors are swirling that Jay-Z may have strayed. I know what you're thinking: How could he—or any guy in his right mind—cheat on Beyoncé? She is a powerful, successful, beautiful and sexy woman admired by girls and women across the globe. But, as we know, in some cases of infidelity, it just doesn’t matter how great a catch the woman is. Remember Elin Nordegren? Tiger Woods’ ex was a Swedish model. Sure, there’s always the chance that these women aren’t all they seem to be, and usually in every breakup there’s some fault on both parts, but I’m guessing that in these cases, the men had the problems, and that’s something for us mere mortal ladies to think about.

Let’s back up for a minute and look at why anyone may break their vows and hook up with another. According to Psychology Today, rates of reported infidelity reach around 10-13% during adulthood, with the height of 20% occurring for couples in their 40s. Author Amy Calhoun says this figure is actually much higher—from an astounding 40-76%. Why is this phenomenon so common? Is monogamy just a foolish dream? It turns out, the most frequent two causes for adultery—surprise, surprise—have to do with sex.

Those who had extramarital affairs either felt their marriage was sexually unsatisfying, or they desired to have more sex than they were having currently. The next two reasons reflect emotional needs. Participants reported that they weren’t emotionally satisfied in their marriages or wanted to obtain a closer emotional connection or some kind of validation. The least frequent motivation for engaging in affairs pertained to what we supposedly all crave: love, either falling out of love with their partner or falling in love with a new one.

We won’t ever know with 100% certainly, but do we think Beyoncé or Elin didn’t offer enough sex or enough variety? Would their sex spreadsheet look terrible? Maybe, or maybe there’s something else to consider. What about their men? We know both Jay-Z and Tiger are incredibly wealthy, admired and successful. And we know that countless women would be happy to—and in Tiger’s case, did—jump in the sack with these married men. We also know that their (ex) wives are strong, powerful and sexy. That last bit of information is the one that stands out for me.

There is no doubt that some guys need constant adoration. Their confidence tank needs to be continuously topped off by someone fawning over them. Super-successful people have no shortage of those willing to fawn, and the opportunity when on the road is ever present. Meanwhile, at home or in another location, is a super-confident and successful wife, who also happens to be a mom to young kids. With so much to juggle, these women don't have the time or energy—and probably the interest and patience—to fawn over their man. That combustible combination—powerful, secure women combined with men needing constant adoration and with plenty of opportunity—should raise massive, red flags.

I 'm tired of hearing guys who cheat blaming their spouse when they do. Many men, and perhaps Jay-Z included, feel threatened by successful women. Most of us are not Beyoncé or Elin, but we are strong, commanding and sexy in our own ways. If we happen to end up with guys who need attention and have opportunity (and work is the No. 1 infidelity opportunity provider), we have already gone to or may be headed for Splitsville.

Can we avoid this fate? It depends. Talk with your significant other—hopefully before you get hitched and have kids—and learn if they are OK with a strong-willed, smart woman. If they need too much hand-holding to boost their confidence, they are one day likely to head out the door in search of someone who will provide that service. No one wants to see a family break up, but no woman should expect anything less than a co-equal in a partnership. Sure, some relationships work with imbalance, but that has to be understood and embraced by both sides (even then, any change can be its undoing, and we all change over time). For most of us, knowing what our partner needs to feel “a man” is key. Hopefully, he’s strong and self assured, and he loves having our kick-ass, ever evolving selves by his side.

But what about those who have to deal with a Tiger? Is there a silver lining? Not in the behavior, but perhaps in the aftermath. One good thing is that the person who did not cheat walks away from the demise of the relationship, if that occurs, intact. Of course, it's challenging initially because there is sadness and grieving to endure, but in the end, the innocent spouse often winds up happier because she leaves the marriage knowing she behaved honorably (and with a good feeling about herself, even if that takes a bit of time to understand). This positive attitude is what buoys her when things are dark—she survives the rough days with strength and optimism because she knows she can have healthy relationships without the need to stray, and because she knows that she can be happy.

As for Beyoncé, I hope she doesn't end up in Splitsville (her latest Instagram makes us wonder), but either way, she will surely remain fierce!
Posted by Unknown at 8:03 PM