Tales from the Front Line of Online Dating (Guest Post) 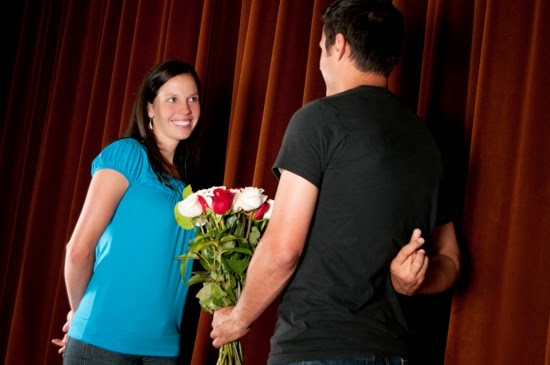 After reading the recent Sunny Splitsville post about divorced women worrying they'll never pair up with a man their own age, I wanted to share my  personal insight, for what it's worth.

I was divorced at 48, and I turned 50 this year. I actually haven't had a problem finding men to date, though, of course, I have turned down a couple of men I consider too old for me (can't blame them for trying, and they were gentlemen about it). I have found online dating useful to some extent.

It's not infrequent that attractive men in their 50s online indicate they want to "date down" in age. I don't usually see that as a big loss; many of them come across as jerks in their profiles. Occasionally, I've contacted them anyway and made light of being "too old" for them despite being several years younger. I've made a couple of long-distance friends this way—and never heard back from others!

Don't think that because men initially may chase after young women that it means much. When I was in my 20s and early 30s, I dated several older men. They didn't want to get serious with me any more than they wanted to get serious with an older woman. And online dating is an unnatural setting this way. It's as if you walked into a bar where people are wearing signs immediately advertising their age, music preferences and family status. Men may have a mistaken idea that they are hotter than women their age, but if they meet an attractive woman in person, many won't think twice about her being close to their own age.

Many of these men are coming out of marriages that lasted a decade or two, the last several years of which lacked sexual sizzle ... or any sex at all. Meanwhile, they've been reading about the new "hookup" culture and free dating sites, and they're anxious to make up for lost time and prove they've still "got it." Most women do not want to be part of a man's wild oats-sowing rebound.

My advice: Don't worry about age. Obviously, you want to keep fit and well-groomed, but don't let it make you nuts. It's not you—it's him.

At the same time, give online dating a try, but approach it realistically and with some common-sense caution. There are a lot of little white lies and even fake profiles and scammers—even on the "good" sites. And take your time getting to know someone before becoming intimate, both for your physical and emotional well-being. For example, how will you feel if you go on a few dates, get to like a man, sleep with him ... and he keeps his dating profile active? I personally recommend broaching that question with a man before intimacy. If he balks, good riddance.

Studies have shown that people get a false sense of knowing someone well after trading messages and calls for a couple of weeks. Remember that even if he is a professional, nice-looking father, men say a lot of things or neglect to inform you of others when they are hoping to get it on with you. I should've immediately walked away, but unfortunately didn't, from a doctor I met online and dated. He neglected to mention before we spent a weekend together that he had herpes from years ago. It's usually not highly contagious, but it's not curable, and he took no precautions. Not acceptable behavior—from a doctor or anyone else.

Beware of words like "maybe," "easy" and "down the road." These all can indicate that a guy is not looking for a real relationship. Some sites allow you to sort matches by the length of time they've been on the site, and I personally recommend avoiding attractive men who have been on the site for two or three years or more. There's probably a reason.

If this all sounds like motherly advice from days gone by, well, it turns out that sometimes Mom knew best. The old rules shouldn't be tossed out as we re-enter the dating world.