What’s Wrong with Going for the Money? 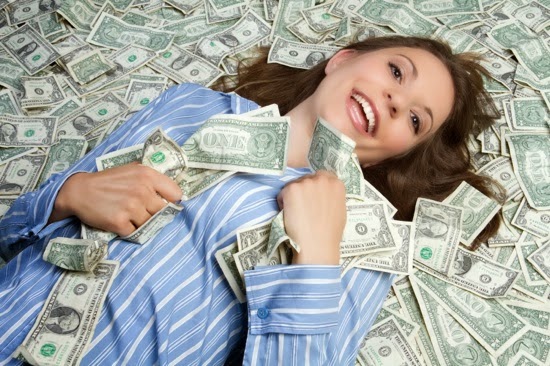 Divorced women attract many labels, and those who seek out wealthier men are often called gold diggers, if not something worse. But is that label fair? If a friend said she wanted to date someone who was handsome or tall, would that be such a bad thing? Shouldn't the man you seek after a failed marriage be exactly who you want, especially after the one you have have already experienced turned out to be a dud?

Money and finances are serious issues for divorced women, especially those of us with teenagers or younger children. The standard of living for women usually fall significantly after divorce with reported figures of a 27% to 37% drop. Women returning to work after divorce must settle for lower family income and need to focus on retraining and enhancing their skills. Those fortunate enough to find paid work usually wind up with lower salaries than the ones they had previously. According to an article in the New Republic, studies show that for every two years a woman is absent from the labor force, her earnings fall by 10 percent - a penalty that lasts for her entire career.

As a result of lost income, some ladies feel the need to pursue a man with money when they return to the dating pool. Others may not need money desperately, but they want to return to a particular lifestyle they cannot reach on their own. For either, evaluating a potential man based on his bank account should not be seen as shallow. It is just one of many characteristics to consider when evaluating a potential spouse. Who among us does not think finances are important? Do we forget about the issue once married? No. Money is important. It should not be the only criteria to judge someone on, but it should also not be ignored.

To illustrate this point, I want to discuss a friend of mine. She was accustomed to a lavish lifestyle while she was married. Once she and her husband split, she set her sights on a guy with funds. Does she have to do so in order to make ends meet? Not really. She is quite capable. Post-divorce, she got a job with a six-figure salary almost immediately, joining a large company in the medical field. She could then afford to rent a new apartment and take care of her children.

While my friend has a busy and productive life – working long hours, tending to her kid’s needs, managing and attending their activities when possible and finding time to hit the gym – her lifestyle, unfortunately, has taken a substantial hit. I always admire that she is so accomplished in her field and respect her hard work, but sometimes the daily grind just gets to her, and she thinks about what she used to have. As she reflects on the past, a man with resources becomes more appealing. Plenty of men pursue younger women for their looks, and are often envied by their friends. Is it really so different to look for a successful man who can provide? I would never judge her. Would you?