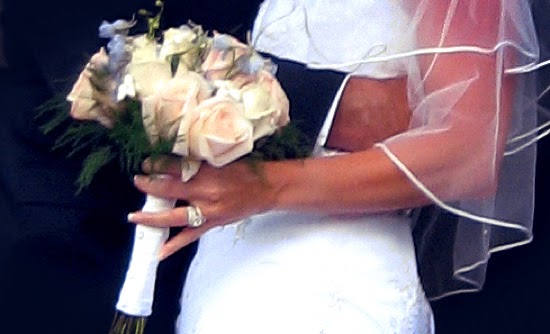 A close friend who had been re-married for almost six years recently told me that he and his second wife were calling it quits. "Oh well," he said while shrugging. "It just didn't work out. I wasn't ready for that kind of commitment." Like anything about divorce and relationships, generalizations are tough because couples and their expectations, experiences, and needs are so different. That said, the demise of this union reminded me about the terrible odds of a second marriage—lower than the coin flip of the first. Should his outcome discourage those of us who want to re-marry? While there is no denying the numbers look bleak, I don’t think we should give up hope. We should, however, look at the common sources of problems in second marriages and confront them prior to reciting another round of vows.

Marriage rates are often debated as the numbers aren’t as accurate as we are led to believe, but the general consensus is that first marriages have a 40-50% failure rate, while second marriages have a 60% rate of demise. If we hadn't heard of it before, that latter number would be pretty surprising. After all, learning from previous efforts—think graduate school tests, tennis lessons, and even activities like choosing a good hotel for a vacation—usually leads to better results. Thus, you would think that second marriage rates should be an improvement rather than the opposite, but that is not the case. What makes these unions so tenuous? It appears that many people are less willing to go through thick and thin with their second spouse because the bonds that tie them together are thinner than those forged the first time.

When people marry again, they are older and less flexible. At 20, we are often open to new ideas and adventures—we haven’t developed the habits that define us as we hit 40 and beyond. With a whole history of raising kids and keeping ourselves happy, we enter the second marriage looking for someone who will fit into that established rhythm. Men who worked out the logistics and compromises with an ex to play golf with the guys for five hours on Saturday and watch football for half the day on Sunday aren’t looking to change that schedule or relive the same debates from yesteryear. While everyone pays lip service to embracing new experiences, the reality is that a lot of what we do makes us happy, and we don’t intend to throw it all out even if our new partner isn’t 100% on board.

In addition to being set in our ways, blending families is a significant challenge. Although children may be older and no longer throwing tantrums at the mall, our teenagers present different and sometimes more intense issues in areas of studying, dating, partying, and eating healthy, to name just a few. How we deal with these can cause major strife. A new spouse may hold opposing views on rules and structure—so coming to a consensus can be hard, and that’s not even considering the topic of how a step-parent can enforce what has been decided. Also, we are all sensitive to our kids. We want to meet their needs and promote their success. And we do not want to feel insulted by a second spouse. Innocuous comments, such as something about college prospects, can lead to hurt feelings, and create distrust and distance.

Another factor hampering second marriages is the rush factor. Used to being in a long-term relationship, many of us are eager—perhaps over eager—to make that next commitment. Right after college, we would hear about the biological clock and the need to get a family started. Now, with our kids nearing college, we start to think about our own physical clock. At mid-life, issues begin to arise, and we see our parents dealing with the process of aging. The thought of being alone as we get older can be scary. So, many people are motivated to re-marry before figuring out if their new partner is really right for them. As a result, they choose too quickly.

A big issue that most don't think about is that the second matrimonial stakes are lower. Hitting the eject button is easier because we have done it before. Personal finances are more separate, so complications of disentangling are minimal. There also may be a pre-nuptial agreement, as well. And without kids between you, there is less of an emotional link, and no issues with child support and co-parenting. Basically, there are fewer disincentives to splitting, so the relationship can fracture pretty quickly. In this case, divorce becomes more of an embarrassing breakup than a wrenching life event.

Finally, a lot of people, hoping to avoid the negatives of their first marriage, look for someone who is the polar opposite of their ex. Now, that can be a good thing to a degree, but the strategy too often results in an over correction. If you found your first husband to be too type A and organized, you may select a free spirit the second time around. While refreshing at first, this attribute may become really annoying if he winds up unemployed and doesn't seem to care. Remember, you didn’t dislike everything about your former spouse. You might want to make a mental list of the things you did like so that you can at least understand what you could come to miss some years down the road.

So, how can we avoid becoming part of the 60%? First, make sure your new partner is invested. Without genuine commitment, compromise is less likely to occur, and a willingness to compromise is crucial to success in any relationship (not the lose-lose compromise we often hear about, but a true win-win activity where both sides choose a path that works for each as well as the couple, even if it wasn’t an individual's initial choice).

Second, make sure to learn from the mistakes of your first marriage. If communication was a problem then, focus on making sure to address that deficiency the second time around. Talk often and be sure to check in on what your significant other is thinking or feeling. Look at conflict as an opportunity to repair—not as a death sentence for your relationship.

Finally, don't rush. As one of my girlfriends likes to say, you may have to kiss a lot of frogs, but it will be worth it to find the right one.