What to do About Favorite Places with Tainted Memories 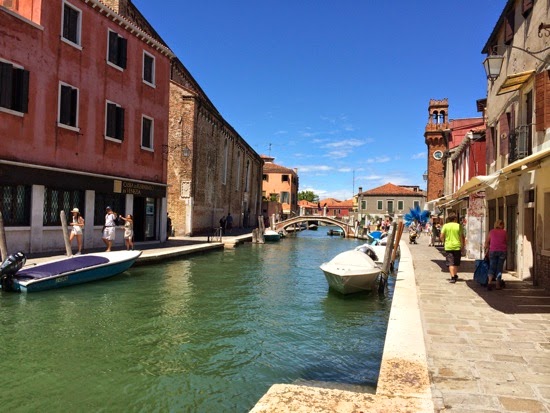 For those of us married for a significant amount of time—in my case, more than 20 years—we undoubtedly face a common dilemma. Whether it’s a beloved destination, a favorite cozy restaurant or a rocking band, we developed a fondness for many things during our married years and often shared our love of them with our former spouse. In the early dark months of a divorce, when the concept of abandonment and single-hood are most raw and scary, we may have sworn off these seemingly cursed venues and activities. Never again! Later, when the legal proceedings fade in the rearview mirror and we begin to settle into a new routine with our kids and a new life with a significant other, the question arises: Should we reclaim or leave behind the things we once enjoyed so much?

One of the places I loved visiting was the island city of Venice. A few months after my divorce finalized, I wanted to once again visit this magical place. The issue was that Venice had always been a romantic destination for my ex and I. We had spent a few of our anniversaries walking around this vibrant Italian city with its magnificent palace, majestic churches and beautiful museums. So, with my interest in returning, I faced a predicament. Should I head back, this time with my kids and a new man, or should I abandon the city, forever viewing it as a symbol of a derailed marriage and a place to avoid? I chose to return, but coming to that decision wasn’t so simple.

First, I wanted to check in with my kids. What would they think? Would it be an issue as they had only been to Italy with their father? They also knew how much their parents had loved the city and how often we traveled here. It turns out, this knowledge made them curious and eager to see it for themselves. So, we decided—as a family—to go.

Second, I felt the need to touch base with my significant other. Would he be upset that I wanted to return to a city where my ex and I had spent so much time? I didn’t expect to, but what if I got emotional? It turns out that he didn’t care about my history and, much like my children, was excited to share a place I enjoyed so much. He did mention that he thought it was important that we had talked it over beforehand. Learning about my history there while we explored the alleys or shared a bottle of wine would not have gone over so well.

As soon as we arrived in Venice, I could feel everyone’s excitement about being in a city that was so different from home. Going to the hotel by water taxi certainly started our adventure off well, and the kids and my significant other found wandering the streets to be just as much fun as I did. Together, we enjoyed the dramatic sites, such as the stunning Doge's Palace. We explored the city from morning until night, taking pleasure in three hour lunches by the sea, mostly adjusting to the slower pace of life. Peggy Guggenheim's dramatic modern art collection did not disappoint anyone, nor did the artistry of the master glass blowers on the island of Murano. All and all, everyone loved this beautiful city, and it is now memorable in many new ways for me. The possible specter of a city haunted by an ex turned out to be an unfounded concern.

Despite the trip's success, I have no doubt that some things are better off left behind, either because they are personally too tied up with one individual or because they will irritate a significant other. Happily, Venice was not something I needed to ditch. For me, the keys to making a good decision—reclaiming or leaving behind—were based on both being honest with myself and with the others that would be involved. I expect that there will be cases for me and you that, even if we do the work upfront, will not turn out so well. The memories will be uncomfortable and the decision to reclaim will have been unwise. Hopefully, that will be the exception, though. For those of us determined to thrive after a divorce, it can be extremely empowering to take an old, fond experience from a previous time and revive and redefine it as part of our new life.